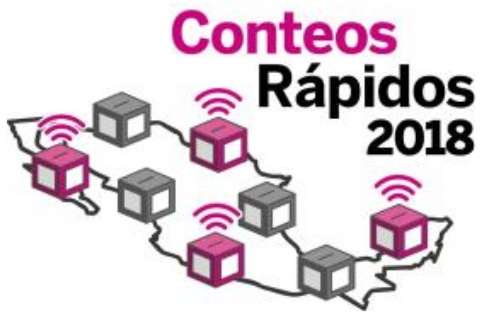 On July 1, 2018, over 3000 government representatives were elected at the polls in one of the biggest general elections in Mexican history. The Mexican electoral authority (INE in Spanish) organized a system of quick counts to predict the results of the Presidential election, along with some governorship elections. Nine statisticians were invited to form the so-called quick counts committee.

A quick count is a statistical method to estimate the results of an election the day it takes place. However, unlike an exit poll, a quick count is based on information reported directly from polling station officers, thereby making the data more reliable.

I worked with committee member Dr. Manuel Mendoza as his research assistant for this project, along with Gerardo Orantes. We devised the sampling design for the state of Chiapas, and estimated the results for the governorship elections in Chiapas, Guanajuato, and Morelos. Most importantly, we also estimated the Presidential election results (which was done by combining the results from multiple models, ours included).

I created this webpage to compile the reports, talks, and other content in which Manuel, Gerardo, and I worked on. For more Bayesian inference in quick counts, make sure to check out the work by Teresa Ortiz, Michelle Anazarut, Luis Felipe González, and Ixchel Meza here.

I developed a dashboard (in Spanish) on Shiny apps that compiles the evolution of the estimations of all the members of the quick counts committee for the Presidential election. For our team, I also included biplots of the posterior distribution of the estimates.